Introducing Ruby 2.5: A Full List of Additions and Updates

This year, Ruby celebrates its 25th anniversary, and with every new release, Ruby continues to demonstrates its ability to deliver the same core benefits that founder Yukihiro “Matz” Matsumoto envisioned in 1993.

Ruby places human understanding above machine code to provide a more simplified, pragmatic, and streamlined development progress, which is why more and more developers gravitate toward Ruby as the programming language of choice. 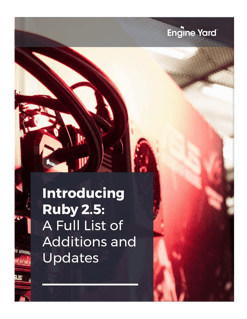 With the talent and expertise of the growing tribe of Ruby programmers, Ruby continues to improve and expand, as shown in the latest version.

In this e-book, we highlight 25 of the added features in Ruby 2.5, including:

Get the e-book by filling out the form today » 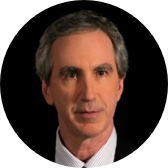 Engine Yard is, quite simply, phenomenal. Their expertise is deep, their service remarkable, their spirit generous, and their support unparalleled. Switching to Engine Yard is the best tech decision—indeed, the best business decision—our nonprofit has ever made.

We Hang Out Here Too